UK to Cut Corporation Tax to 15% 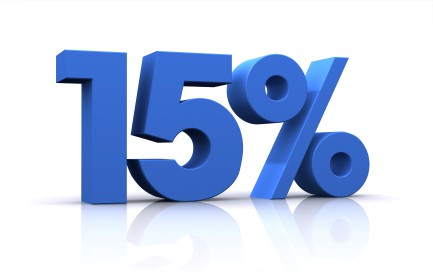 The UK plans to cut UK corporation tax from 20 per cent to just 15 per cent. It is hoped post Brevit this will encourage foreign investment.

At this level, Britain would have one of the lowest corporation tax rates of any major developed economy.

As the financial crisis hit in 2008, the rate of corporation tax was reduced to 28 per cent.

Since 2008, the rate has gradually been reduced to the current level of 20 per cent.

Across the EU, the average rate of corporation tax is 22.09 per cent, data

Across the world, the average rate of corporation tax is 23.63 per cent.

Places where corporation tax is at 0 per cent include Bermuda, the Cayman Islands and Guernsey

Taking the UK’s rate down to less than 15 per cent would bring the UK nearly in line with Ireland’s 12.5 per cent rate.

Other countries with a 15 per cent rate include Albania, Iraq, Lithuania and Mauritius.

However, this may cause resentment amongst the public for two reasons. Large multinationals like Google, Amazon, Starbucks have been paying little or no tax and secondly when the highest individual tax rate at 45% with little option to reduce the amount of tax paid (unlike the multinationals) who have a variety of choices to reach their target amount of tax they wish to pay.

It is less clear how the government will finance these cuts though it is expected individuals will demand a fall in their tax rates too. Possibly the government may be thinking that business profits of companies may raise or that service may need to be cut to balance the books

If Britain’s corporation tax rate was cut to less than 15 per cent, it would have one of the lowest rates of any advanced economy in the world. What is evitable that rates across the world will fall to compete for foreign investment. If Britain starts to attract business from other countries because of its low corporation tax, others could feel under pressure to do the same to keep up.

Many large multinationals have in the past have located to Ireland mainly due to the lowest tax rate in Europe of 12.5%. However, it is hoped now that the UK will be a better option for larger companies
Cushioned by a decent infrastructure and resources, this would make the UK a very appealing prospect for big companies.

The cutting of corporate tax rates may result in the UK be perceived as a tax haven hence attracting further investment.

While the cut in Corporate Tax Rates will be a major boost for the economy and businesses especially following on from Brevit. Long Term this may adversely impact others resulting in a backlash from non-business owners.

This site uses Akismet to reduce spam. Learn how your comment data is processed.